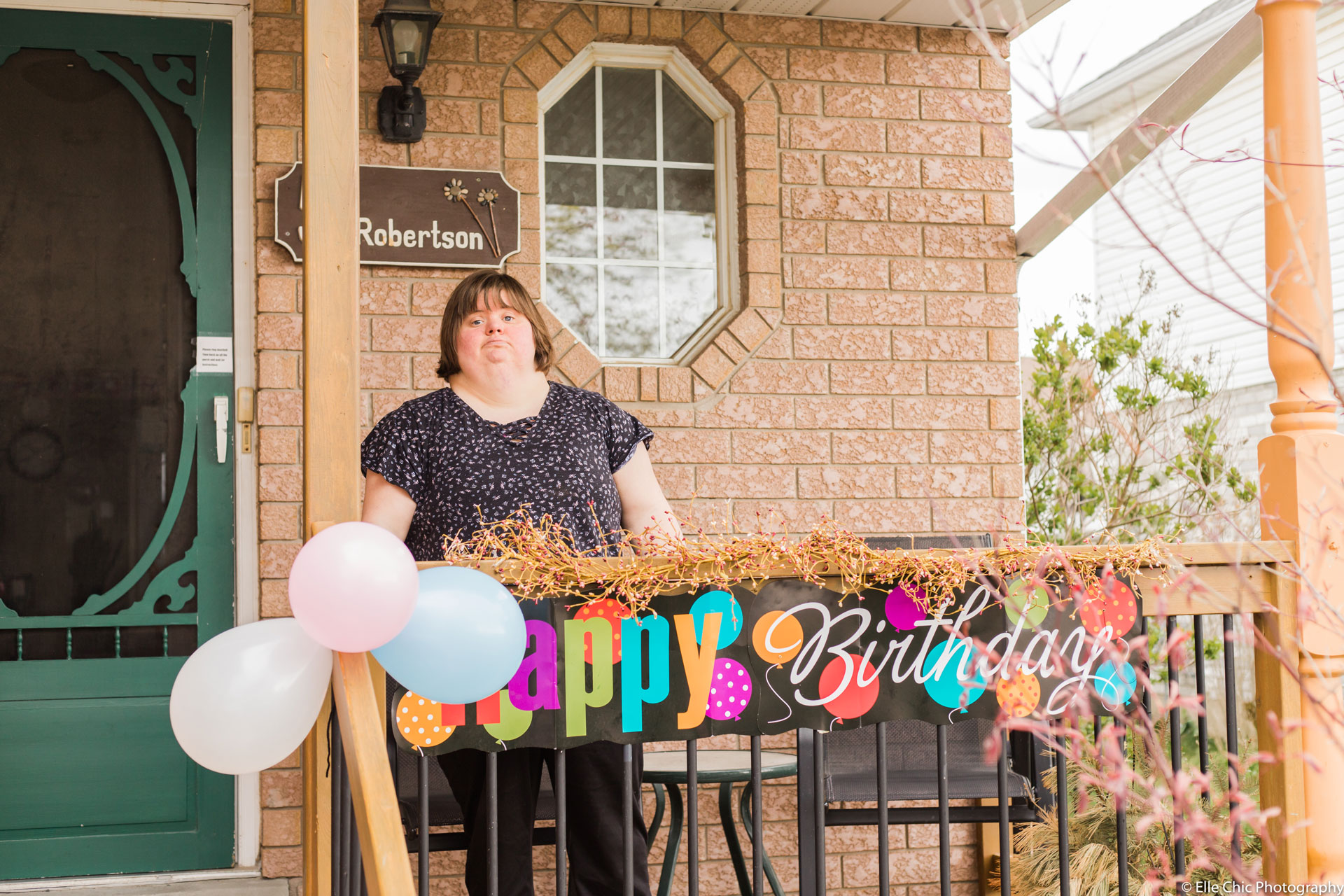 The last in this roommates series.

When we met up with Tannis for her We've Got This photoshoot, it just so happened to be her birthday!

She had hoped, on this day, she could showcase her culinary skills. The trouble with this pandemic, is we had to meet her outside. So, while pudding might have been on the menu on this day, her culinary excellence is much more sophisticated.

Early on into the pandemic, she dove into cooking more often for her roommates. Her and her roommates had previously volunteered with the Fergus Foodbank, making meals for people in their community. It only felt natural for her to take up that charge at home, baking breads, making pastas from scratch, and exploring foods from other cultures.

Feeling good about her culinary skills, Tannis and her roommates entered a few baking contests this past year. They baked cupcakes for graduations and even managed to win a prize in one of the contests they entered!

As Tannis discovered recipes she enjoyed, she would jot them down. With a little support, she also had photos captured. Her goal? To make a cookbook of her favourite recipes for her friends and families. This past Mother's Day, she managed to do just that, and share her foodie love.

Too, when they had an abundance of fruits and veggies, Tannis and her roommates learned a little more about canning. They started making homemade salsa, jam, pickles and relish. Adding to their passion for food, this past winter, they started some seedlings inside and plan to plant a raised garden to harvest a little later this year.

Like Leslie Ann and Glenn, Tannis' Passport funds helped her afford a tablet. Take a quick peek at the photos she's taken to capture what she's been up to this past year.

When she's not whipping up a storm in the kitchen, or planting produce to aid her in her love of cooking, Tannis is also quite the crafty person (making some really awesome bath bombs!) and enjoys the outdoors (visiting a maple sugar bush).

We're in awe. These three roommates, Tannis, Glenn and Leslie Ann, have really captured the we've got this spirit.

While there's no shortage of missing friends, looking forward to more volunteering opportunities, and just getting out and about with out the concerns the pandemic brings, each has really embraced their creativity and resilience.

Our 2022 Annual Report is here! Typically, Annual Reports are an opportunity to showcase an organization's success. O...

We are currently accepting Request for Proposals from qualified bidders to facilitate our strategic planning process for...